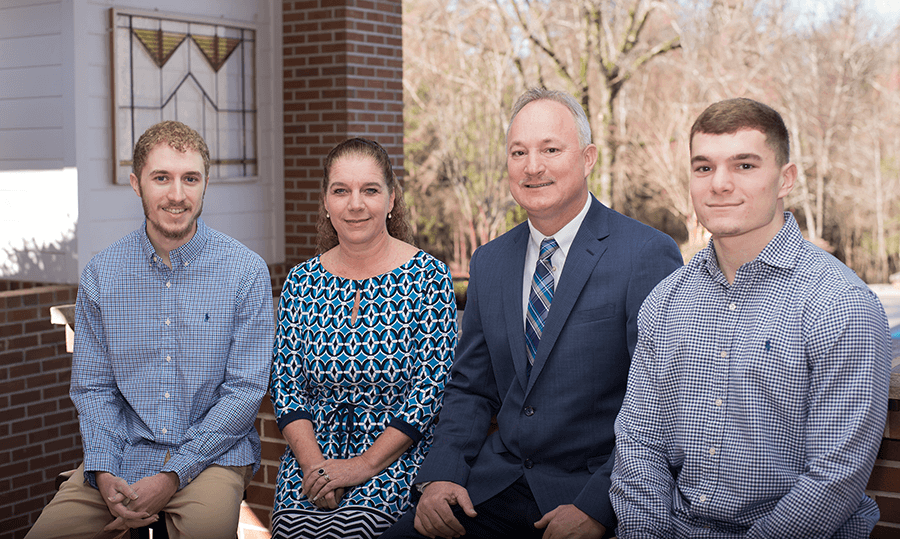 I’ve been married to my wife Toby, a nurse, for 30 years. We’ve raised our two sons, Tyler and Landon, right here in Macon.

Our hometown is the best place, with the best people, on Earth. I’m invested here and I’m determined to leave it better than I found it, for our kids and grandkids

Lester is an active supporter of youth sports and The Cherry Blossom Festival, a member of the Downtown Rotary Club and Victory Baptist Church. He has been elected twice to the Bibb County School Board where he currently serves as President. During his time of the School Board, he has insisted on accountability and worked to improve results while lowering taxes.

With deep roots in Macon, Lester is a member of the Board of Directors for the Macon-Bibb Chamber of Commerce and Middle Georgia Community Food Bank. He serves as a Trustee with the Museum of Arts and Sciences.

Lester owns three successful businesses in Macon-Bibb. He is the founder and CEO of Game On Training which began in 2012 and has now grown to 6 locations across Georgia serving over 1,200 youths.

Lester graduated with honors from Southwest High School in 1987 and received his Bachelor of Science in Political Science in 1991 from Mercer University. In 1994, Lester received his Juris Doctor from Walter F. George Law School and has practiced law in Macon for more than 20 years, representing the injured and disabled. Lester is a member in good standing of the State Bar of Georgia admitted to practice before the following: Georgia Superior Court, Georgia Court of Appeals, U.S. Court of Appeals, U.S. District Courts (including Northern District of Georgia, Middle District of Georgia, and Southern District of Georgia), as well as all State, Local, Superior and Municipal Courts.

As Mayor, with experience as a business owner, attorney, lifelong resident of Macon and as an elected official who delivered results while managing the largest budget in the county, Lester is ready to lead on Day 1.